This week’s spiritual lesson: Metropolitan Anthony (Bloom) (of thrice-blessed memory) preached a series of sermons on each of the Sundays of Pascha (and on many of the Sundays following) We will quote each of these sermons in the weeks that follow. For the Sunday of the Paralytic, he preached:

In the Name of the Father, the Son and the Holy Spirit.

How tragic today’s story of the life of Christ is. A man had been paralysed for years. He had lain at a short distance from healing, but he himself had no strength to merge into the waters of ablution. And no one – no one in the course of all these years – had had compassion on him.

The ones rushed to be the first in order to be healed. Others who were attached to them by love, by friendship, helped them to be healed. But no one cast a glance at this man, who for years had longed for healing and was not in himself able to find strength to become whole.

We are surrounded by people who are in need. It is not only people who are physically paralyzed who need help. There are so many people who are paralyzed in themselves, and need to meet someone who would help them. Paralyzed in themselves are those who are terrified of life, because life has been an object of terror for them since they were born: insensitive parents, heartless, brutal surroundings. How many are those who hoped, when they were still small, that there would be something for them in life. But no. There wasn’t. There was no compassion. There was no friendliness. There was nothing. And when they tried to receive comfort and support, they did not receive it. Whenever they thought they could do something they were told, “Don’t try. Don’t you understand that you are incapable of this?” And they felt lower and lower.

How many were unable to fulfill their lives because they were physically ill, and not sufficiently strong… But did they find someone to give them a supporting hand? Did they find anyone who felt so deeply for them and about them that they went out of their way to help? And how many those who are terrified of life, lived in circumstances of fear, of violence, of brutality… But all this could not have taken them if there had been someone who have stood by them and not abandoned them.

And all of us, all of us were responsible for each of them. We are responsible, mutually, for one another; because when we look right and left at the people who stand by us, what do we know about them? Do we know how broken they are? How much pain there is in their hearts? How much agony there has been in their lives? How many broken hopes, how much fear and rejection and contempt that has made them contemptuous of themselves and unable even to respect themselves – not to speak of having the courage of making a move towards wholeness, that wholeness of which the Gospel speaks in this passage and in so many other places? Let us reflect on this. Let us look at each other and ask ourselves, “How much frailty is there in him or her? How much pain has accumulated in his or her heart? How much fear of life – but life expressed by my neighbor, the people whom I should be able to count for life has come in to my existence?”

Let us look at one another with understanding, with attention. Christ is there. He can heal ; yes. But we will be answerable for each other, because there are so many ways in which we should be the eyes of Christ who sees the needs, the ears of Christ who hears the cry, the hands of Christ who supports and heals or makes it possible for the person to be healed.

Let us look at this parable of the paralytic with new eyes; not thinking of this poor man two thousand years ago who was so lucky that Christ happened to be near him and in the end did what every neighbor should have done. Let us look at each other and have compassion, active compassion; insight; love if we can. And then this parable will not have been spoken or this event will not have been related to us in vain. Amen.

He Is Risen Indeed!

This week’s spiritual lesson: We concluded last week our long series of excerpts from the Diocesan conference by Metropolitan Anthony (Bloom) at Effingham, England, in May, 1983. It occurs to me it might be useful to continue the Metropolitan’s account of his conversion from atheism to the Orthodox faith:

…Then my leader explained to me that everyone who belonged to my group had reacted in exactly the same way, and if no one came we would all be put to shame because the priest had come and we would be disgraced if no one attended his talk. My leader was a wise man. He did not try to convince me that I should listen attentively to his words so that I might perhaps find truth in them: ‘Don’t listen,’ he said. ‘I don’t care, but sit and be a physical presence’. That much loyalty I was prepared to give to my youth organization and that much indifference I was prepared to offer to God and to his minister. So I sat through the lecture, but it was with increasing indignation and distaste. The man who spoke to us, as I discovered later, was a great man, but I was then not capable of perceiving his greatness. I saw only a vision of Christ and of Christianity that was profoundly repulsive to me. When the lecture was over I hurried home in order to check the truth of what he had been saying. I asked my mother whether she had a book of the Gospel, because I wanted to know whether the Gospel would support the monstrous impression I had derived from this talk. I expected nothing good from my reading, so I counted the chapters of the four Gospels to be sure that I read the shortest, not to waste time unnecessarily. And thus it was the Gospel according to St Mark which I began to read.

I do not know how to tell you of what happened. I will put it quite simply and those of you who have gone through a similar experience will know what came to pass. While I was reading the beginning of St Mark’s gospel, before I reached the third chapter, I became aware of a presence. I saw nothing. I heard nothing. It was no hallucination. It was a simple certainty that the Lord was standing there and that I was in the presence of him whose life I had begun to read with such revulsion and such ill-will.

This was my basic and essential meeting with the Lord. From then I knew that Christ did exist. I knew that he was thou, in other words that he was the Risen Christ. I met with the core of the Christian message, that message which St Paul formulated so sharply and clearly when he said, ‘If Christ is not risen we are the most miserable of all men’. Christ was the Risen Christ for me, because if the One Who had died nearly 2000 years before was there alive, he was the Risen Christ. I discovered then something absolutely essential to the Christian message — that the Resurrection is the only event of the Gospel which belongs to history not only past but also present. Christ rose again, twenty centuries ago, but he is the Risen Christ as long as history continues. Only in the light of the Resurrection did everything else make sense to me. Because Christ was alive and I had been in his presence I could say with certainty that what the Gospel said about the Crucifixion of the prophet of Galilee was true, and the centurion was right when he said, ‘Truly he is the Son of God’. It was in the light of the Resurrection that I could read with certainty the story of the Gospel, knowing that everything was true in it because the impossible event of the Resurrection was to me more certain than any event of history. History I had to believe, the Resurrection I knew for a fact. I did not discover, as you see, the Gospel beginning with its first message of the Annunciation, and it did not unfold for me as a story which one can believe or disbelieve. It began as an event that left all problems of disbelief because it was direct and personal experience.

Then I went on reading the Gospel and I discovered a certain number of things which I believe to be essential to the Christian faith, to the attitude of the Christian to the world and to God. The first thing that struck me is that God, as revealed to us in Christ, is everyone’s God. He is not the God of a nation, or a confession, or of a denomination, or a more or less peculiar group, he is everyone’s creator? Lord and Savior. In him I discovered that the whole world had cohesion; that mankind was one; that differences and divergences were not final and decisive, because we were loved of God; all of us equally, although we were called to serve him in a variety of ways, with a variety of gifts, and with a very different depth and width of knowledge. But the greater the knowledge, the greater the closeness, the greater the responsibility in a world that God loved so much that he gave his only begotten Son, for him to die that the world may live.… 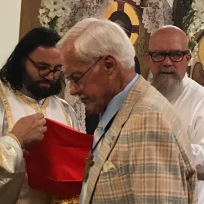 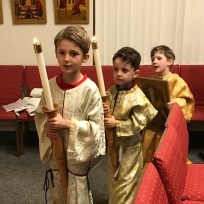 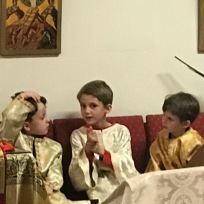 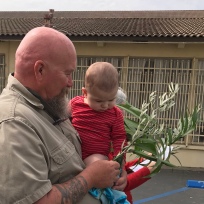 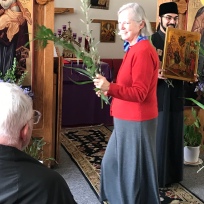 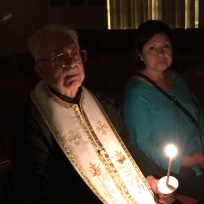 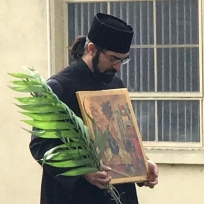 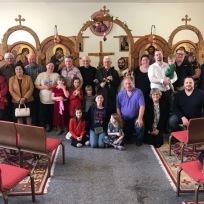